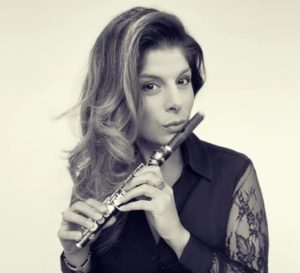 A charismatic and versatile flutist, Nicole Esposito is the flute professor and head of the woodwind area at The University of Iowa School of Music. She has achieved a career as a soloist, teacher, chamber and orchestral musician on an international level having been featured across the United States, Europe, Central and South America and Asia. Esposito has performed at flute festivals and events around the world including twelve National Flute Association Conventions, the Oklahoma Flute Fair, Florida Flute Fair, Madison Flute Festival, West Virginia Flute Fling, Iowa Flute Festival, Atlanta Flute Festival, the LA Flute Guild Festival, San Francisco International Flute Festival, Flute Society of Kentucky Festival, The Texas Summer Flute Symposium, FLUTISSIMO!, NSU Flute Workshop, Festival Virtuosi, Brazil, the International Flute Festival sponsored by the Brazilian Flute Association, the Santa Maria International Winter Festival, The Aruba Symphony Festival, the International Flute Festival of Costa Rica, the Spanish National Flute Convention, Bogotá Flute Festival, the International Flute Congress of Argentina, Chilean Flute Encounter, Panama Flute Festival, the European Piccolo Festival in Slovenia, the Adams Flute Festival in Holland, Flute Forum in Luxembourg, the Canadian Flute Convention and the British Flute Society Convention.
In addition to her teaching position at The University of Iowa, Professor Esposito has served on the faculties of the Interlochen Arts Camp, the University of Wisconsin-Platteville and held a guest teaching residencies at the University of Michigan and West Virginia University.  She has given numerous master classes at prestigious universities and conservatories in the United States and abroad including the Geneva Conservatory, Royal Danish Academy, Madrid Royal Conservatory, Mannheim Hochshule, Peabody Conservatory, Rice University and many others. As an orchestral musician, Esposito has performed under some of the worlds leading conductors, including James Conlon, David Zinman, Gunther Schuller, and Robert Spano. Former principal flute with the Dubuque Symphony Orchestra, she has also performed with the Quad City Symphony, Cedar Rapids Symphony, Waterloo-Cedar Falls Symphony, Youngstown (OH) Symphony, and the Johnstown and Westmoreland (PA) Symphony Orchestras. Esposito has held the Piccolo Fellowship at the Aspen Music Festival and has also been Principal Flute of the Ohio Light Opera. She has participated in a number of other music festivals including the Brevard Music Center, The Youth Orchestra of the Americas, and the National Orchestral Institute.
Professor Esposito holds degrees from Carnegie Mellon University and the University of Michigan. She has been a finalist or prizewinner in several prestigious competitions including the National Flute Association’s Young Artist, Piccolo Artist, and Orchestral Competitions, the WAMSO Competition sponsored by the Minnesota Orchestra, and the Houston Symphony Ima Hogg Competition. Additionally she has published articles on Banddirector.com, The Flutist Quarterly, Flute Focus and Flute Talk Magazines and can be heard on the Albany Records, MSR Classics and Con Brio Recordings labels. Her primary flute teachers include Jeanne Baxtresser, Amy Porter, Marianne Gedigian, Jennifer Steele, and Catherine Payne, with additional study with Mark Sparks, Alberto Almarza, and Doriot Anthony Dwyer. Nicole Esposito performs on the 14k Miyazawa flute and the Hammig Piccolo, Mancke Headjoints and is an endorser of the LefreQue sound bridges for wind instruments. 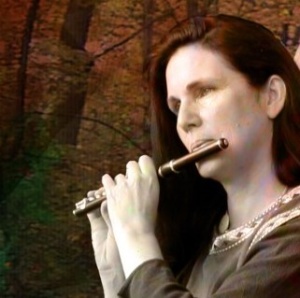 The flutist Jocelyne Fillion-Kelch from Montréal, Canada comes from a family of musicians. After studying piano at the Conservatoire de musique du Québec, she discovered her love for the flute: she then obtained a Bachelor of Music in Flute Performance from McGill University (Prof. Jeanne Baxtresser). Shortly after graduating, she obtained her first orchestral position in 1978 with the Berner Symphonieorchester. During this time, she continued her musical education at the Konservatorium Bern and received an Orchesterdiplom (Prof. András Adorján). The following year, she furthered her studies at the Conservatoire de Genève (Prof. Maxence Larrieu). From there she moved from Switzerland to Germany in 1981 for a Solo-Piccolo position with the Oldenburgische Staatsorchester. Since 1983, she holds the position as Solo-Piccolo with the Philharmonische Staatsorchester Hamburg (Generalmusikdirektor Kent Nagano). In addition to her orchestral work performing symphony concerts, operas and ballet in her own orchestra and as a substitute in other orchestras, she plays frequently as a soloist and in chamber music. She supports many charitable causes as organiser and performer for fundraising events. Jocelyne Fillion-Kelch teaches piccolo privately and specialises in the preparation of advanced students for auditions. Many of her former students now hold positions in major German orchestras. 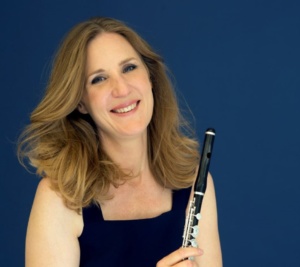 The Tokyo-born piccolo and flute player Natalie Schwaabe grew up in Hong Kong. She started her musical training there and was a member of the Hong Kong Junior Academy of Performing Arts.
After completing her secondary education at the Purcell School in London, she obtained her artistic diploma with honours and a master degree whilst studying with Professor Paul Meisen at the “Hochschule für Musik und Theater” in Munich.
At the age of 21 she became principal flute of the Munich Symphony Orchestra and two years later joined the Munich Radio Orchestra. In 1996 she fulfilled a dream in becoming a member of the prestigious Symphony Orchestra of the Bavarian Radio.
In 1996 she received the special prize of the jury at the Prague Spring International Music Competition and was a prizewinner at the 1st International Carl Nielsen Flute Competition in 1998 in Odense, Denmark.
In addition to orchestral playing Natalie Schwaabe performs as a soloist, having been accompanied by the Nürnberger Symphoniker and the Stuttgarter Chamber Orchestra. A great joy for her is to play chamber music with her wind quintet and pianist Jan Philip Schulze.
She is a passionate teacher, giving many piccolo masterclasses worldwide and has the piccolo teaching position at the “Hochschule für Musik und Theater” in Munich. She plays a Jochen Mehnert piccolo and lives in Munich with her husband, the violinist and composer Winfried Grabe and their 3 children.

Pamela Stahel. Growing up in a musical family, she began the violin at the age of five. Later after discovering the flute, she went on to earn a BM in music performance with Bernard Z. Goldberg. Studies with William Hebert as well as masterclasses with Marcel Moyse furthered her education. 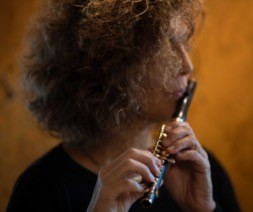 Her first orchestral experience included engagements with various American orchestras such as the Pittsburgh Symphony Orchestra, Canton & Akron Symphonies & Fort Wayne Philharmonic. After relocating in Switzerland, she intensified her studies with Andre Jaunet while becoming an active freelancer. Invitations to guest with ensembles such as the Tonhalle Orchestra, Zurich Chamber Orchestra, and Lucerne Symphony Orchestra & SWD Philharmonie. Ms. Stahel’s engagement with the Philharmonia Zurich; Zurich Opera Orchestra, followed in 1991. As a member of a number of well-known ensembles, she displays her versatility through performances ranging from cross-over projects to the standard repertoire.  Devoted to furthering young musicians, she holds a piccolo & chamber music class at the University of the Arts, Zurich. She also has the pleasure to have been invited to participate at various festivals including the NFA, Porto Flute Festival, La Cote Flute Festival, Rheinau Summer Music Academy and the International Piccolo Festival Grado.