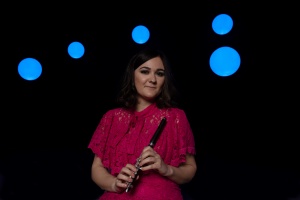 Julie Romestant is a french flute and piccolo player. She began her academic studies in France, before moving to Germany to study with Mario Caroli in Freiburg im Breisgau’s Musikhochschule, 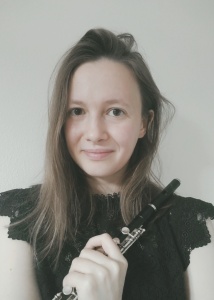 where she graduated in 2020. She’s currently a student of Silvia Careddu in Strasbourg’s Conservatory, France.
She had the opportunity to take part in many Masterclasses with renowned flutists, such as Michel Moragues, Julien Beaudiment, Stéphane Réty, Hyeri Yoon, Adriana Ferreira, Virgile Aragau, Loïc Schneider, Aldo Baerten and Sébastian Jacot.
She has been a prizewinner of several piccolo competitions, such as the International Vatelot-Rampal Competition in Paris (1st Prize), and the International Flute Competition Severino Gazzelloni in Pescara, Italy (3rd Prize).
She was also invited to play with several students orchestras as well as with professional orchestras, such as the Ensemble Itinéraire, the Philharmonisches Orchester Freiburg, the International Orchestra Academy Schloss-Hundisburg, the Neue Philharmonie Berlin, the Junge Norddeutsche Philharmonie and the Animato Foundation Orchestra.