Lowell Liebermann is one of America’s most frequently performed and recorded living composers. He has written over one hundred thirty works in all genres, several of which have gone on to 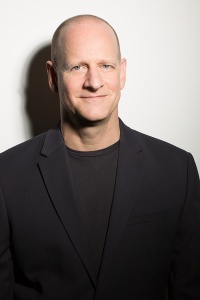 become standard repertoire for their instruments, such as his Sonata for Flute and Piano and Gargoyles for piano, each of which have been recorded over twenty times on CD.

He has been commissioned by a wide array of ensembles and instrumentalists, including the Philadelphia Orchestra, Emerson Quartet and flutist Sir James Galway. His full-length ballet Frankenstein was co-commissioned by London’s Royal Ballet and the San Francisco Ballet and has been released on Blu-Ray and DVD. Mr. Liebermann has written two full-length operas, both enthusiastically received at their premieres: The Picture of Dorian Gray, the first American opera commissioned and premiered by l’Opéra de Monte-Carlo, and Miss Lonelyhearts, after the novel by Nathanael West, commissioned by the Juilliard School to celebrate its 100th anniversary.

Mr. Liebermann served as Composer-in-Residence for the Dallas Symphony Orchestra for four years, a role he also pursued with the Pacific Music Festival in Sapporo, Japan; the Saratoga Performing Arts Center, and many other organizations. He joined the composition faculty of Mannes School of Music of the New School in 2012, where he founded the Mannes American Composers Ensemble, devoted to performing works of living American composers. He was appointed head of Mannes’s Composition Department the following year.

Among his many awards are a Charles Ives Fellowship from the American Academy of Arts and Letters, awards from ASCAP and BMI and a Grammy nomination. He was the first winner of the Van Cliburn Invitational Composers Competition, and in 2014 became the inaugural recipient of the Virgil Thomson Award for vocal composition.