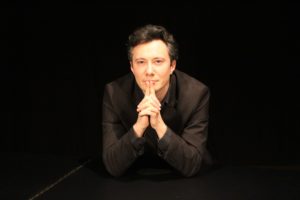 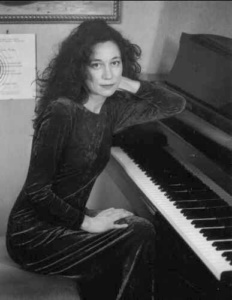 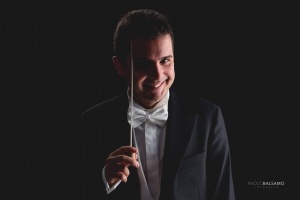 Alberto Maniaci was born in Palermo in September 1987. He is a young conductor, composer and pianist. He was awarded a First Class Honour Degree (with a Mention) in Piano at Palermo “V.Bellini” Conservatorium. He studied composition with Marco Betta and conducting with Piero Bellugi, Ennio Nicotra. Recently, in 2016, he was the only Italian pupil of Riccardo Muti for the second edition of the Italian Opera Academy.
As a conductor he has performed with Orchestra Giovanile Mediterranea (Mediterranean Young Orchestra), which he founded in Palermo in 2002; Orchestra Sinfonica “La Verdi” of Milan, Orchestra Giovani Solisti Siciliani (Young Sicilian Soloists Orchestra), Milan Accademia Concertante d’Archi (Strings Concert Academy), Florence Symphonietta, Peter The Great Music Academy, Orchestra Jazz Siciliana (Sicilian Jazz Orchestra), Orchestra Filarmonica Nissena, Filarmonica Arturo Toscanini of Parma (for the “Arturo Toscanini Competition” for young conductor, which ranked among the 12 selected worldwide). Orchestra Sinfonica del Conservatorio Vincenzo Bellini di Palermo, Mediterranean Chamber Orchestra, Orchestra Sinfonica Giovanile Internazionale “Fedele Fenaroli” di Lanciano, Istituzione Sinfonica Abruzzese, Orchestra Sinfonica Siciliana (Sicilian Symphony Orchestra), Teatro Massimo Orchestra, ICO Orchestra della Magna Grecia. In 2012 he won the 3rd prize at the V International Competition “Luigi Mancinelli”; in Orvieto for conductors, conducting the Orchestra Music Space at the same competition. In the same year he won the “Prize of the Arts”; in conducting organized by the Ministry of Education, University and Research at the Conservatory “Alfredo Casella”, in L’Aquila. In May 2014 he debuted Rossini’s Petite Messe Solennelle with Orchestra Sinfonica Siciliana. At the beginning of 2015 he has conducted “Oh!Che armonico fracasso” by Cimarosa, Mozart, Bach and Maniaci; in 2017 he has created with Teresa Mannino and Alberto Cavallotti “Teresa Valery”; (from “La Traviata”) produced by Teatro Massimo. In 2018 he  has created “Il duello alcomico”; by G. Paisiello and A. Maniaci. With the same theatre he was also the conductor of a lot of productions: “Figaro – Opera Camion!” (2016 – 2017), “Le nuvole di carta” by G. D’Aquila (2017) and a jazz concert with Paolo Fresu, trumpet. As conductor he worked with pianists Giuseppe Andaloro and Tamas Vasary, the doublebass player Alberto Bocini and the piccolo players Nicola Mazzanti, Gudrun Hinze, Marta Rossi and Rena Urso. Crossover artist, Alberto Maniaci worked on Rock music contest as arranger and conductor. He’s also a composer and his music is published by Edizioni Musicali Wicky, Kelidon Edizioni and U07 Edizioni. As pianist, in September 2009 he recorded the CD “Il Volo” (The Flight) with composer Nunzio Ortolano’s music. As conductor, in july 2014 he recorded the CD “La cattedrale” with Orchestra Giovanile Mediterranea.  Recently he composed and recorded the project “Appunti a matita – raccolta di temi per la lezione di danza classica”; for the label Edizioni Musicali Wicky. In the Teatro Massimo’s summer season 2018 he conducted “Don Pasquale”; and “L’Elisir d’amore”; by G. Donizetti and in 2019 he conducted “La Traviata”; by Teatro Massimo. Recently, in December 2019 he conducted “Il Trovatore”; by Ente Concerti M. De Carolis in Sassari and in 2020, in Milan a Symphonic tribute to Ennio Morricone named “Ennio Morricone Night”, with himself arrangement for Orchestra Sinfonica “La Verdi”. During last seven years he has teached at Dancing Lyceum “Regina Margherita” in Palermo as ballet pianist. Since 2017 he teach also Jazz arrangement and composition and Orchestral practice at Istituto Musicale “Arturo Toscanini”; of Ribera (Ag). Actually he teach Theory and Ear Training at “N. Paganini”; Conservatorium in Genova.