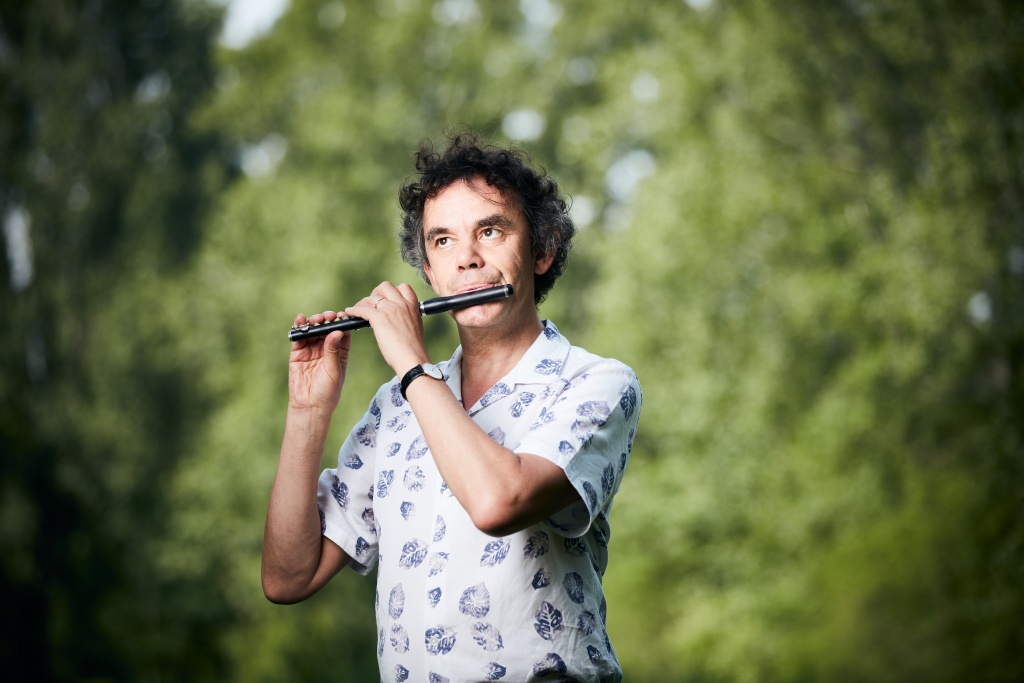 Vincent Cortvrint is the piccolo solo from the Royal Concertgebouw Orchestra, one of the leading orchestras in the world. He has been conducted by a.o. maestros Haitink, Janssons, Mehta, Maazel, Harnoncourt, Masur. Before joining RCO in 1996 he was a member of the Belgian National Orchestra.

Next to his orchestral commitment, he transmits his passion for the music at the Conservatorium of Amsterdam. He is frequently invited for master classes and summer school in many European and Asian countries and collaborates to various chamber music festivals.

At the age of four, Vincent Cortvrint discovered his passion for the flute. He studied at the Brussels conservatory with Michel Lefebvre and continued in Paris with Michel Debost and Maurice Bourgues.

In December 2017 he premiered the piccolo concerto Solastalgia from E-S Tüür commissioned for him by the Concertgebouw Orchestra. He recorded it for the label “RCO live”.

Lior Eitan, one of the most senior Israeli flutists, has been Principal Piccolo of the Israel Philharmonic Orchestra since 1988. As a world renowned piccolo soloist, he is occasionally invited to participate in conventions and festivals around the world.
His tireless efforts to discover new musical horizons led him to transcribe, perform and record on the piccolo masterworks such as Rococo Variations by Tchaikovsky, the Sonata for Arpeggione by Schubert and many more.
Born in Israel in 1963, Lior Eitan graduated cum laude from the Rubin Academy of Music in Tel Aviv, where he studied with Uri Shoham.
From 1985 to 1988 he served as Principal Flute of the Israel Sinfonietta Beer Sheva.
Lior Eitan dedicates special attention to the performance of Israeli music. Over fifty Israeli works were written, dedicated and premiered by him so far. In addition he regularly arranges masterpieces by classical composers for wind ensembles. Some of these arrangements were published by Svitzer Edition, Denmark.
In 1995 Lior recorded his first CD, featuring music arranged for flute and harp. He has since recorded seven more CD’s for the Israel Music Institute, “Centaur”, “Meridian” and “Romeo” labels. 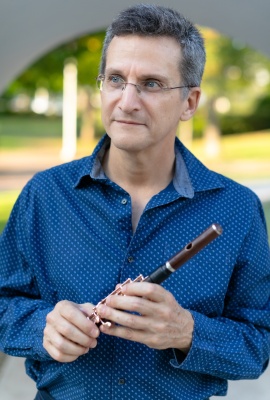 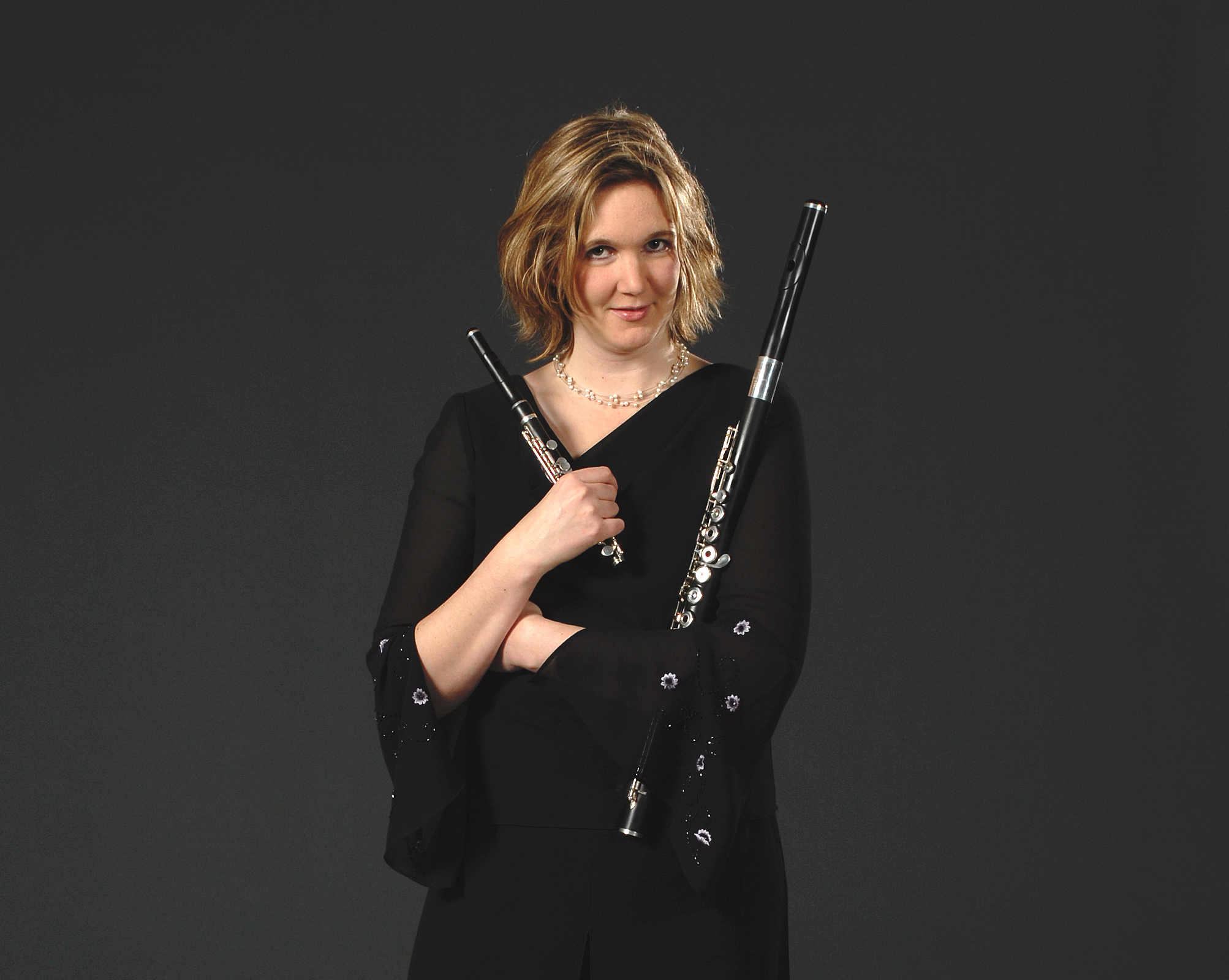 Haika Lübcke was born in the town of Celle in Germany.
She studied in Hanover, with Erdmuthe Boehr, and also in the Mozarteum of Salzburg, where her teacher was Michael Martin Kofler.
In 1996, she started her orchestral career as a piccolist in Munich at Gärtnerplatz theater, and switched to the Munich Symphonic Orchestra from 1997 to 2000.
From the year 2000 up until now, she is working as Piccolo solo for the Tonhalle-Orchestra in Zurich, switzerland. From 2002–09, she was also working as a piccolo lecturer at the music university in Lucerne, now teaching piccolo at the University of Arts in Zurich.
She played in some of the great orchestras as the Berliner Philharmoniker, the orchestra of the Bayrische Rundfunk, the Munich Philharmonic Orchestra the SWR Symphony Orchestra, the Bamberg Symphony Orchestra and the Philharmonic Orchestra Luxemburg with both her piccolo and her flute.
She is playing a piccoloflute from Yamada, Japan.

Marta Rossi is piccolo and flute player at the Rome Opera House (Daniele Gatti Music Director) since 2002.
Former First Flute of the Orchestra Giovanile Italiana and Orchestra Regionale del Lazio, cooperated with Solisti Aquilani and as piccolo player with Orchestra del Teatro Lirico di Cagliari, Orchestra del Maggio Musicale Fiorentino and Orchestra Sinfonica di Savona.
She regulary performs in recital or chamber music concerts and has been invited as guest piccolo player at international Festivals and conventions.
She performs as soloist in repertoire concerts (as the whole Vivaldi Piccolo Concerts) and she gave also premieres for solo Piccolo and orchestra by Irma Ravinale, Azio Corghi, Luigi Marinaro and the italian premiere of the Piccolo Concerto by Lowell Liebermann at the Auditorium Parco della Musica in Rome.
Marta, born in Rome, gradueted with the highest honors at Music Conservatory “S.Cecilia”, studied with Mario Ancillotti at the “Scuola di Musica di Fiesole” (Florence), with Angelo Persichilli at the “Accademia Nazionale di S.Cecilia” and Raimond Guiot at the “Accademia Italiana del Flauto” of Rome (Premier Prix à l’unanimitè) and then with Wolfgang Schulz in Vienna. She also studied Piccolo with Nicola Mazzanti.
In 2006 she obtained the Bachelor of Arts from the University of Rome “La Sapienza” with highest honors.
She teaches Piccolo at the Accademia Italiana del Flauto in Rome and she is a member of the International Piccolo Flute Academy. 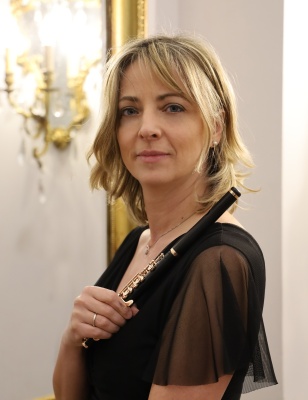